The SJX 2170 Jet Boat is our most popular model. It provides the nimbleness of a smaller light-weight boat with the versatility of a cargo boat due to its hauling capabilities. The SJX 2170 is the jet boat that will get you where you what to go. No question! 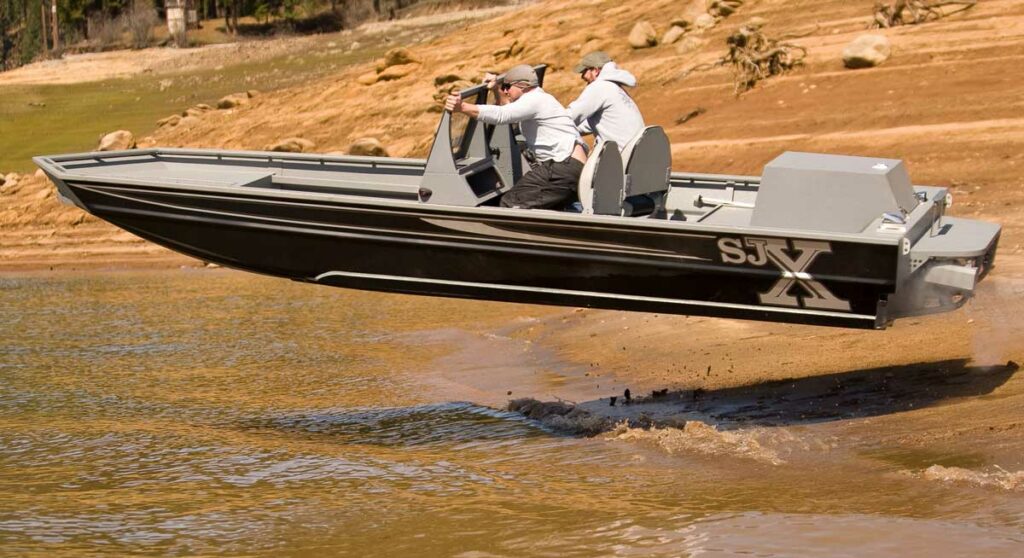 The biggest question we get is, “How are your jet boats able to run in such shallow water?”. Well, there are a few factors that make this possible which include the frame structure of the hull along with the continuous welding we do and the balance of our power to weight ratio we have achieved, but the most significant reason would have to be the design and creation of the inboard tunnel hull. The tunnel hull allows the jet to be elevated off the planing surface of the boat.

So what this means is the jet is approximately 3 inches higher than the actual bottom of the boat. Here’s what happens; as the jet boat is being pushed forward under power water from the front (where the tunnel begins) allows the water coming off the bottom surface of the boat to draw into the approach upward into the jet that is elevated off of the bottom. So in a sense, you can be hitting debris and obstacles with the bottom planing surface of the boat, but, as long as there is water it will continue drawing up into the tunnel approach which still feeds the jet, again, due to the fact that it is elevated 3 inches above. So lets say you are in a scenario where there’s literally 1 inch of water and you didn’t have a choice but to go over that water, the hull, which would actually be making contact with the bottom of the river, and as long as you still have 1 inch of water, the tunnel hull is still going to draw water and then feed the jet even though you’re rubbing the bottom of the river. Obviously, as result of rubbing the bottom of the river, you’re stirring up the bottom and making gravel and debris loosen up which could be drawn to the pump. That’s where the stomp grate comes into play and doesn’t allow the bigger debris to flow into the pump or be sucked into the pump. As long as there’s water being provided to the jet you will be propelled forward. Without the tunnel hall and the jet being elevated the jet would be making direct contact to the bottom of the river at the same level of the bottom of your boat which would be in essence shoveling rocks and debris right into the jet. That’s the tunnel hull difference.

The boat’s exterior is wrapped with a pattern or color of your choice from our standard options or custom ones, including standard graphics.

The entire “Interior” bed-liner coating is a color option as well. A nice feature about our bed-liners is you can purchase one of our bed liner kits and do a repair at your home or shop. 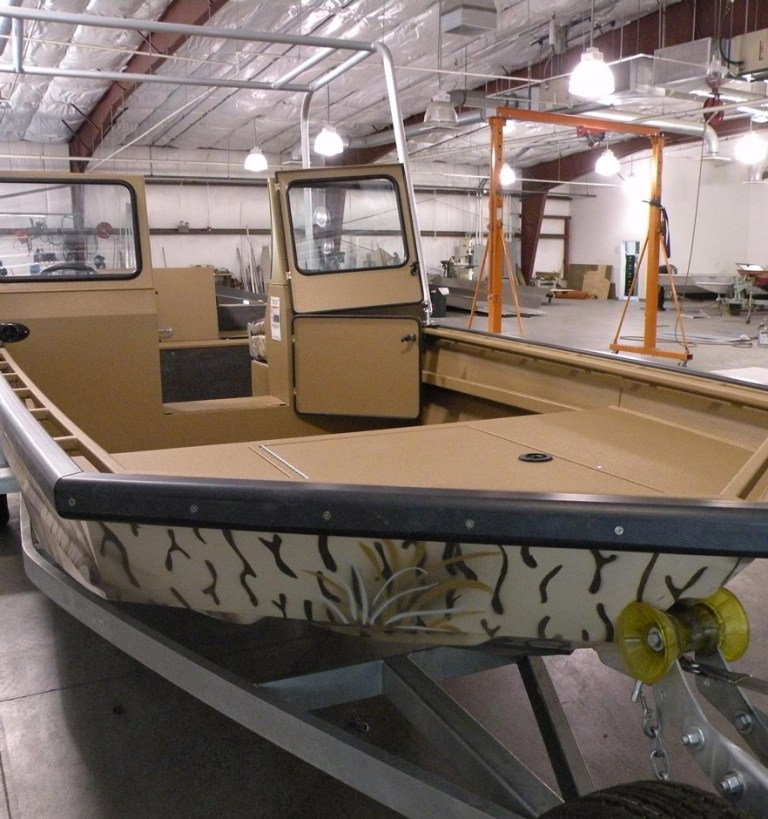